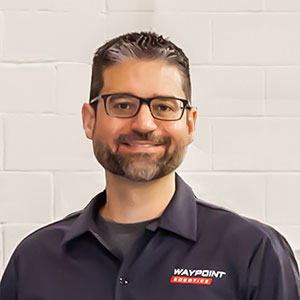 Jason Walker is the CEO and co-founder of Waypoint Robotics (formerly Stanley Robotics). Waypoint is focused on making autonomous mobile robots accessible to more people and companies. Prior to founding Waypoint, Mr. Walker was the cofounder and Director of Operations at CyPhy Works. Mr. Walker also served as Lead Roboticist and Principal Investigator for CyPhy Works’ contracts with agencies such as DARPA, NIST, and the National Science Foundation. Mr. Walker has 18+ years of experience in product and business development, including B2B, consumer, and government markets. Prior to co-founding CyPhy Works he was the quality, reliability, and testing manager for the Roomba vacuuming robot at iRobot. Walker received a BSEE with a concentration in Robotics and Control Systems from Kansas State University and is a lifelong entrepreneur.